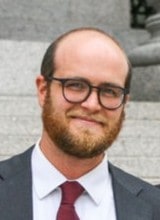 Mike joined the firm in 2020. Previously he worked an associate attorney at Super Law Group LLC, where he practiced environmental litigation in state and federal court. Before entering private practice, Mike clerked for the Hon. Peter W. Hall of the United States Court of Appeals for the Second Circuit.