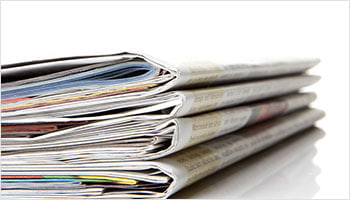 J&K in the News

Our efforts and accomplishments have earned media coverage locally, nationally and internationally. 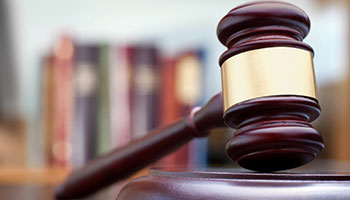 We’ve successfully recovered tens of millions of dollars for our clients and their fellow workers. 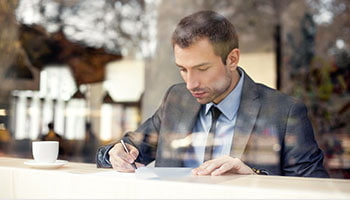 Our lawyers fight for employees whose rights have been violated.

Dedicated New York Lawyers Championing the Rights of All Workers

While workers in America have made great strides over the decades, many still face discrimination and other injustices in the workplace. Undocumented workers and those in unskilled or semi-skilled positions are especially vulnerable and often feel as if they have nowhere to turn. Professionals and executives may also experience on-the-job discrimination and harassment and may feel boxed-in by corporate culture and the fear of being labeled as trouble-makers for voicing their concerns. The New York employment lawyers at the law firm of Joseph & Kirschenbaum LLP have a long history of taking up the banner on behalf of New York workers in any line of work who have suffered on-the-job discrimination, harassment, retaliation and abusive and illegal wage and hour practices.

Our firm has demonstrated our strong commitment to workers who suffer injustice in the workplace by winning many of the largest cases in our arena. For example, we recently won a multi-million dollar settlement for an administrative assistant who experienced sexual harassment in her workplace. Such victories are why we are known as tough, zealous advocates not to be taken lightly by employers and the attorneys who defend them.

Harassment and discriminatory practices in the workplace

Promotion, hiring and the terms and conditions of employment should be based on an employee’s qualifications and hard work, not on the person's race, gender, religion or sexual orientation. Likewise, people should be free to work without enduring harassment on the job. U.S., New York and New York City laws combine to protect these rights by prohibiting discrimination and harassment based on any of the following, among others:

Employers may be held responsible for their own discriminatory practices as well as harassment perpetrated by their employees, supervisors or even customers, if they knew or should have known it was occurring and failed to take corrective action. This means that workers with concerns over offensive practices may have legal recourse they can utilize with the help of an experienced New York employment attorney.

The federal Fair Labor Standards Act (FLSA) and various N.Y. and NYC wage and hour laws protect New York workers from exploitation in a variety of ways, including:

While these laws apply to most companies and most workers in New York City, victims often need a zealous legal advocate to compel employers to respect them. Violations are far from rare. In fact, in 2008 the U.S. Department of Labor estimated that as many as 70 percent of employers were currently in material violation of some portion of the FLSA. Under New York law, if your employer failed to follow these rules, you can collect what you should have been paid plus substantial penalties for up to six years after the violation.

Protection and compensation for whistleblowers

Various employee rights violations and other illegalities such as fraud on shareholders or fraud on the government continue for months or years unabated simply because workers are afraid to take action. Fortunately, federal and New York laws provide protection in many, although not all, cases of workers who protest unlawful conduct. Our New York employment attorneys can help you assert your rights if you suffered prohibited whistleblower retaliation or you have information about fraud entitling you to a share in the government’s recovery.

Our team of employment law attorneys at Joseph & Kirschenbaum LLP built a strong reputation standing up for the rights of victimized workers in New York City and throughout the state. If you have faced discrimination or harassment on the job, been deprived of wages, or punished for reporting illegal conduct in the workplace, our lawyers may be able to help. Call us at 212-688-5640 or contact us  online to schedule a free intake consultation. Se habla español.

En Español
Practice Areas
Search
Client Reviews
★★★★★
"Just wanted to let you guys know that things have changed alot since the winning of our case against my employer. About 2 months ago, I was chosen to become one of the shift supervisors for security. It was an honor to be given this position, and a privilege to be the 1st female shift supervisor to ever to take on such a position." T.C.
★★★★★
"Thank you very much for representing me in my case against my former employer. You and your staff are excellent representatives, and I never thought I would have so much personal attention from a law firm. Again, thank you for helping me move on with my life." L.H.
★★★★★
"I would like to thank Joseph & Kirschenbaum LLP for all the services your firm provided for me in my time of need. You helped me through difficult and emotional times with understanding and great talent. I can't thank you enough for helping me get more of a settlement than I ever thought I could get." A.K.
★★★★★
"Thank you for your hard work and wonderful service in helping me win my claim. It was because of your help that I received a favorable decision. I'll recommend your services to anyone I know who needs help!" A.C.
★★★★★
"Everyone at your firm was so helpful and positive about my situation, I was immediately relieved to know I was not alone in my fight. And I could not be happier with the results." L.I.
View More
Submit a Law Firm Client Review
Contact Us