While our society has certainly made great strides in the areas of inclusion and equality over the last seventy years, workplace discrimination is still much more prevalent than most would care to believe. What's more, the offending conduct is not always obvious. Cases of overt discrimination based on gender, race, religion, national origin and disability are unfortunately common. Less overt and even unintentional discrimination is even more common. Nevertheless, people who are deprived of opportunities for employment or advancement based on their membership in a particular social group, or who lose their jobs as a result of such discrimination, are entitled to be made whole. Our attorneys at Joseph & Kirschenbaum LLP have been helping victims of employment discrimination achieve justice since 1997. We know the various NYC, N.Y. and U.S. statutes that apply and have the knowledge and experience to effectively pursue the most complex discrimination claims.

What is workplace discrimination? 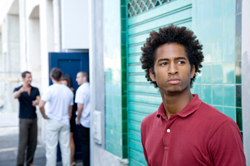 Firing or refusing to hire someone based solely on his religion, or giving an employee less favorable terms because of her race, are very obvious forms of workplace discrimination. However, today the bulk of discriminatory practices that occur are much more subtle. Employers may be held liable, not only for deliberate discrimination, but also for policies that have the effect of discriminating even if that was not the intent, such as:

U.S., N.Y. and NYC laws combine to prohibit employment discrimination based on a variety of bases, including:

The law firm of Joseph & Kirschenbaum LLP has maintained a robust and comprehensive employment discrimination law practice since 1997. We are prepared to represent employees and applicants who have suffered any type of employment discrimination prohibited under federal, state or local law. If you have been denied employment or suffered adverse employment action based on race, religion, national origin, gender, sexual orientation, disability or any other legally protected characteristic, contact us today to schedule a complimentary initial consultation. We are available at 212-688-5640. We can also be reached online. Se habla espanol.

Employment Lawyer Blog - Discrimination Overview
Practice Areas
Search
Client Reviews
★★★★★
"Just wanted to let you guys know that things have changed alot since the winning of our case against my employer. About 2 months ago, I was chosen to become one of the shift supervisors for security. It was an honor to be given this position, and a privilege to be the 1st female shift supervisor to ever to take on such a position." T.C.
★★★★★
"Thank you very much for representing me in my case against my former employer. You and your staff are excellent representatives, and I never thought I would have so much personal attention from a law firm. Again, thank you for helping me move on with my life." L.H.
★★★★★
"I would like to thank Joseph & Kirschenbaum LLP for all the services your firm provided for me in my time of need. You helped me through difficult and emotional times with understanding and great talent. I can't thank you enough for helping me get more of a settlement than I ever thought I could get." A.K.
★★★★★
"Thank you for your hard work and wonderful service in helping me win my claim. It was because of your help that I received a favorable decision. I'll recommend your services to anyone I know who needs help!" A.C.
★★★★★
"Everyone at your firm was so helpful and positive about my situation, I was immediately relieved to know I was not alone in my fight. And I could not be happier with the results." L.I.
View More
Submit a Law Firm Client Review