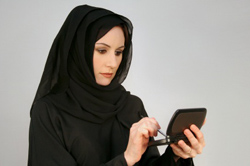 Freedom of religion is one of the founding principles of our democracy. While the Constitution prohibits the government from interfering with the free exercise of religion, laws such as the Civil Rights Act prevent private enterprises from discriminating against employees and job applicants on the basis of religious preference or affiliation. Nevertheless, on-the-job religious discrimination, both direct and indirect, is still alive and well in the United States. Many employers are ignorant of the statutory prohibitions against these types of practices. Others simply do not care and callously ignore their legal obligations. In either case, when employers refuse to respect the religious preferences of their employees, our attorneys at Joseph & Kirschenbaum LLP are ready to defend religious freedom and fight religious discrimination in the workplace on behalf of New York workers.

What is religious discrimination?

These accommodations, however, have limits and cannot impose an undue hardship upon the employer. To the extent that a religious practice presents a legitimate safety hazard or prevents the employee from performing essential job functions, accommodation may not be required. However, this line can be quite nuanced. A New York religious discrimination lawyer is in the best position to tell you whether it has been crossed.

Unfortunately, religious prejudices run deep and religious harassment and outright discrimination have become one of the most common types of prohibited discrimination in the United States. Devout Muslims especially have become targets of unabashed workplace discrimination. While smaller employers may slip around the coverage of the federal Civil Rights Act, in New York every employer with four or more employees is subject to the state Human Rights Law. Therefore, only the smallest employers are exempt from the requirements of state and local civil rights laws governing religious harassment.

Under these statutes, employers are prohibited from engaging in numerous types of direct discrimination or allowing them to take place in their workplace, for example:

Our legal system does not tolerate discrimination against workers based on their faith or observance. If you have been singled out in the workplace because of your religious preference or discouraged from practicing your faith in the workplace, you may have legal options. Our New York City religious discrimination lawyers at Joseph & Kirschenbaum LLP can listen to your story and advise you whether what you have experienced qualifies as discrimination under the law. We are available by phone at 212-688-5640. We can also be reached online. Se habla espanol.

Employment Lawyer Blog - Religious Discrimination
Practice Areas
Search
Client Reviews
★★★★★
"Just wanted to let you guys know that things have changed alot since the winning of our case against my employer. About 2 months ago, I was chosen to become one of the shift supervisors for security. It was an honor to be given this position, and a privilege to be the 1st female shift supervisor to ever to take on such a position." T.C.
★★★★★
"Thank you very much for representing me in my case against my former employer. You and your staff are excellent representatives, and I never thought I would have so much personal attention from a law firm. Again, thank you for helping me move on with my life." L.H.
★★★★★
"I would like to thank Joseph & Kirschenbaum LLP for all the services your firm provided for me in my time of need. You helped me through difficult and emotional times with understanding and great talent. I can't thank you enough for helping me get more of a settlement than I ever thought I could get." A.K.
★★★★★
"Thank you for your hard work and wonderful service in helping me win my claim. It was because of your help that I received a favorable decision. I'll recommend your services to anyone I know who needs help!" A.C.
★★★★★
"Everyone at your firm was so helpful and positive about my situation, I was immediately relieved to know I was not alone in my fight. And I could not be happier with the results." L.I.
View More
Submit a Law Firm Client Review