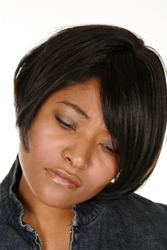 Although society at large does not tolerate discrimination on the basis of race and condemns those who engage in it, racial discrimination and harassment in the workplace remain a common problem. Many employers fail to take adequate steps to discourage and address racial harassment that occurs at their work sites. Others implement seemingly neutral policies that nevertheless adversely affect members of racial minorities. Some even continue to engage in overt racial discrimination against employees and applicants. The unbalanced nature of the employee/employer relationship may make victims of this behavior feel as if they have no recourse. However, with the help of the experienced New York employment discrimination lawyers at the law firm of Joseph & Kirschenbaum LLP, you can stand up to racial inequality in the workplace—and assert your right to be judged by your talents and abilities and not your racial background.

Types of racial discrimination in the workplace

Direct racial discrimination by employers—such as refusing to hire, discharging or offering inferior terms or conditions of employment based on race—still occurs often. Sometimes we catch them red-handed, such as a case in which the owner of a company threatened an African American employee with a noose and a Good Samaritan made sure the tape was not erased, or when someone hit “reply all” and our African-American client received an email saying “no, I don’t think she is white.” Moreover, there are many cases involving the use of racial slurs. Indirect and even unintentional racial discrimination is also common and can take just as much of an economic and psychological toll on its victims. Examples include discouraging minority applicants from participating in recruitment programs and systemically giving racial minorities lower evaluations than their white counterparts.

Some of these policies are adopted with the deceptive purpose of excluding minorities from the workforce. Others are adopted for racially neutral reasons but still adversely impact minorities in the work force. In either event, the harm caused is real and federal, New York State and New York City laws provide redress.

Employers have a responsibility to prevent racial harassment

While most major companies know better than to engage in overt harassment and discrimination based on race, many individual employees and supervisors do not. Employers have a responsibility to take reasonable steps to discourage and address racial discrimination and harassment that takes place among their employees. In some cases, these employers may be liable for the racially motivated actions of coworkers and even customers or other third parties. Supervisor misconduct that is generally imputed to the company includes:

When this conduct reaches sufficient frequency or severity to create a hostile work environment, employers may become vicariously liable for failing to address it. In New York City, the standard for what causes employer liability is much lower than under federal statutes. So long as you can demonstrate that you were treated by a supervisor less well on account of your race, and the harassment went beyond “petty slights,” your employer is liable.

Racial discrimination in the workplace can take a significant financial and emotional toll on victims and their families. Fortunately, the Civil Rights Act and New York and NYC human rights laws provide the tools you need to get justice and put an end to discriminatory practices in the workplace. Our skilled employment discrimination lawyers at Joseph & Kirschenbaum LLP have achieved justice for many clients in New York who suffered racial discrimination. Call our offices today to arrange a complimentary evaluation. We are available by phone at 212-688-5640. We can also be reached online. Se habla espanol.

Employment Lawyer Blog - Race Discrimination
Practice Areas
Search
Client Reviews
★★★★★
"Just wanted to let you guys know that things have changed alot since the winning of our case against my employer. About 2 months ago, I was chosen to become one of the shift supervisors for security. It was an honor to be given this position, and a privilege to be the 1st female shift supervisor to ever to take on such a position." T.C.
★★★★★
"Thank you very much for representing me in my case against my former employer. You and your staff are excellent representatives, and I never thought I would have so much personal attention from a law firm. Again, thank you for helping me move on with my life." L.H.
★★★★★
"I would like to thank Joseph & Kirschenbaum LLP for all the services your firm provided for me in my time of need. You helped me through difficult and emotional times with understanding and great talent. I can't thank you enough for helping me get more of a settlement than I ever thought I could get." A.K.
★★★★★
"Thank you for your hard work and wonderful service in helping me win my claim. It was because of your help that I received a favorable decision. I'll recommend your services to anyone I know who needs help!" A.C.
★★★★★
"Everyone at your firm was so helpful and positive about my situation, I was immediately relieved to know I was not alone in my fight. And I could not be happier with the results." L.I.
View More
Submit a Law Firm Client Review