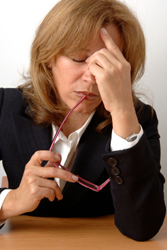 Women now comprise approximately 47 percent of the workforce in the United States. Yet many continue to face various forms of on-the-job discrimination. Harassment and hostile work environment remain a serious issue in many industries. Many women illegally receive lower pay for doing work similar to that of their male colleagues. Still other employers institute supposedly neutral policies that tend to place an unfair burden upon female employees and applicants. All of these actions, whether intentional or accidental, are forms of discrimination prohibited under various U.S., N.Y. and NYC laws. Employers who promote or permit these discriminatory practices may be liable. At the law firm of Joseph & Kirschenbaum LLP, we have devoted our legal careers to fighting workplace discrimination since 1997—and have a long history of success vindicating both individuals and groups who suffered under unfair employment practices.

Are you the victim of gender discrimination?

Gender discrimination can come in a variety of forms, ranging from the deliberate and outrageous to the unintended, such as:

The Civil Rights Act and New York's state and local human rights laws directly prohibit these types of discrimination on the basis of gender. Additional, more specific types of gender discrimination may also fall under the Pregnancy Discrimination Act, the Equal Pay Act and other federal and state statutes.

Unfortunately, the “boys club” mentality that exists in many industries and professions has made this type of discrimination deeply entrenched. The fight for women's rights in the workplace started many years ago and continues apace, and we are proud to be part of it. Many talented and hardworking women who have been held back by these types of practices are afraid to come forward for fear of being blacklisted. Nevertheless, these practices often continue unabated for years until those who are suffering under them resolve to take action. At the law firm of Joseph & Kirschenbaum LLP, we give victims of gender discrimination the confidence and support they need to stand up for their rights.

rimination in the workplace, the Civil Rights Act does not apply exclusively to women. Rather, the law prohibits any discrimination based upon gender. This means that a man who is denied work or promotion because of his gender is just as much a victim of gender discrimination. What's more, gender discrimination does not necessarily have to be men discriminating against women or vice versa. Both the perpetrators and victims can be of any gender so long as the victim is treated differently in hiring, firing or the terms and conditions of employment, or is harassed based upon his or her gender.

People have a right to succeed in the workplace based on their own hard work and individual talents and not be confined to imaginary and offensive gender roles. Our NYC employment discrimination attorneys at Joseph & Kirschenbaum LLP have held employers throughout New York and across the United States accountable for failing to promote and maintain gender equality in the workplace. If you believe you have been denied employment, discharged or treated unfairly at work due to your gender, our team of experienced attorneys may be able to help. Call us today to arrange a complimentary consultation. We are available at 212-688-5640. You can also reach us online. Se habla espanol.

Employment Lawyer Blog - Gender Discrimination
Practice Areas
Search
Client Reviews
★★★★★
"Just wanted to let you guys know that things have changed alot since the winning of our case against my employer. About 2 months ago, I was chosen to become one of the shift supervisors for security. It was an honor to be given this position, and a privilege to be the 1st female shift supervisor to ever to take on such a position." T.C.
★★★★★
"Thank you very much for representing me in my case against my former employer. You and your staff are excellent representatives, and I never thought I would have so much personal attention from a law firm. Again, thank you for helping me move on with my life." L.H.
★★★★★
"I would like to thank Joseph & Kirschenbaum LLP for all the services your firm provided for me in my time of need. You helped me through difficult and emotional times with understanding and great talent. I can't thank you enough for helping me get more of a settlement than I ever thought I could get." A.K.
★★★★★
"Thank you for your hard work and wonderful service in helping me win my claim. It was because of your help that I received a favorable decision. I'll recommend your services to anyone I know who needs help!" A.C.
★★★★★
"Everyone at your firm was so helpful and positive about my situation, I was immediately relieved to know I was not alone in my fight. And I could not be happier with the results." L.I.
View More
Submit a Law Firm Client Review