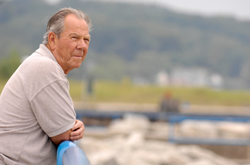 Employers should covet the experience and reliability that older workers can provide. Nevertheless, the practice of instituting policies and engaging in conduct that tends to discourage and force out older workers is rampant across nearly every American industry and field. Age discrimination is not a new phenomenon and was enough of a problem even in 1967 that Congress felt compelled to enact the Age Discrimination in Employment Act (ADEA). Many states and municipalities, including New York, followed suit with their own prohibitions. Nevertheless, many employers continue to pass over older workers in favor of younger, less qualified alternatives. At Joseph & Kirschenbaum LLP, we recognize this injustice and are committed to helping older workers achieve the respect and recognition they deserve, through litigation if necessary. We have prosecuted numerous age discrimination claims under state and federal law.

What does the ADEA provide?

The Age Discrimination in Employment Act (ADEA) is a federal law administered by the Equal Employment Opportunity Commission (EEOC) that prohibits discrimination in hiring, firing and the terms of employment conditions of workers over the age of 40. ADEA applies to private enterprises with 20 or more employees. However, N.Y. and NYC laws typically provide similar protections for those working with smaller employers. Key ADEA provisions include:

In addition to prohibiting these types of discrimination, ADEA also bans age-based harassment in the workplace and holds employers responsible for allowing or failing to address the type of hostile work environment such discrimination can engender.

The challenges of enforcing ADEA

Like all allegations of discrimination, proving age discrimination under ADEA or an equivalent state or local law requires more than simply showing you are over the age of 40 and that you have suffered some adverse employment action. You must demonstrate a causal relationship between the two. Evidence may include statements made by your employer, the examination of past practices or the treatment of similarly situated younger employees, or by statistical analysis of the composition of the company's workforce.

Employers very rarely state directly that you are being fired or demoted because of your age and typically offer some more permissible explanation for their actions. A skilled NYC age discrimination lawyer can uncover the faults and inconsistencies in these ploys. Just because your employer claims to have a legitimate nondiscriminatory motive for its actions does not mean it is insulated from liability.

Despite the legal prohibitions at both the federal and state level, age discrimination is still common in the United States. Unfortunately, many victimized workers do not stand up for themselves. If you believe you have been denied employment or promotion or have been forced to retire or resign because of your age, or if you have faced pervasive or severe age-based harassment in the workplace, our team of New York discrimination lawyers at Joseph & Kirschenbaum LLP may be able to help. Contact us today to arrange a complimentary intake analysis. We are available by phone at 212-688-5640. We can also be reached online. Se habla espanol.

Employment Lawyer Blog - Age Discrimination
Practice Areas
Search
Client Reviews
★★★★★
"Just wanted to let you guys know that things have changed alot since the winning of our case against my employer. About 2 months ago, I was chosen to become one of the shift supervisors for security. It was an honor to be given this position, and a privilege to be the 1st female shift supervisor to ever to take on such a position." T.C.
★★★★★
"Thank you very much for representing me in my case against my former employer. You and your staff are excellent representatives, and I never thought I would have so much personal attention from a law firm. Again, thank you for helping me move on with my life." L.H.
★★★★★
"I would like to thank Joseph & Kirschenbaum LLP for all the services your firm provided for me in my time of need. You helped me through difficult and emotional times with understanding and great talent. I can't thank you enough for helping me get more of a settlement than I ever thought I could get." A.K.
★★★★★
"Thank you for your hard work and wonderful service in helping me win my claim. It was because of your help that I received a favorable decision. I'll recommend your services to anyone I know who needs help!" A.C.
★★★★★
"Everyone at your firm was so helpful and positive about my situation, I was immediately relieved to know I was not alone in my fight. And I could not be happier with the results." L.I.
View More
Submit a Law Firm Client Review